2011-2016 Ford Super Duty
The Diamond Steel Bullnose Replacement Bullnose Bumpers are built on the premise that you can have both form and functionality, in the same bumper.  Constructed with 11 gauge diamond plated steel and accomodating the factory fog lights and tow hooks, these bumpers withstand off road abuse as well as head turning looks while on the pavement.  They come standard in a thick glossy powdercoat black but many customers have them custom painted to match their truck.
Price: $1,095
Item#: 600-11-1005
Approx: 140 lbs. 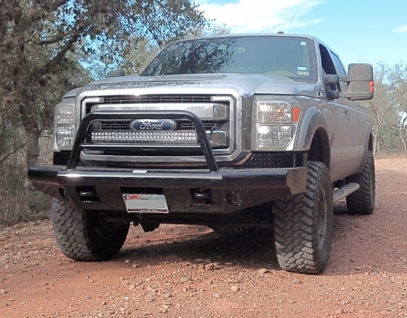 Ranch Hand's Summit Bullnose Front Bumper gives your vehicle that custom offroad style. Made with 12 guage diamond plated steel.  It comes standard with a black gloss polyester powdercoat and light tabs inside the center bars for extra lighting capacity should you need it.  Can be used with the optional convenient H2R hidden 2" receiver.
Weight: 165 lbs
Price: $1,069
Item#: BSF111BL1 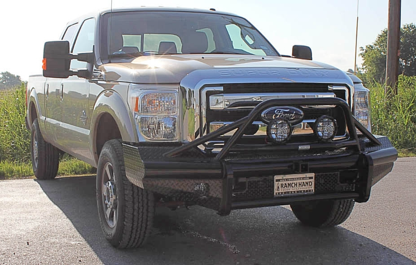 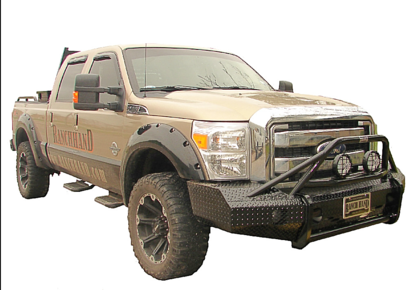 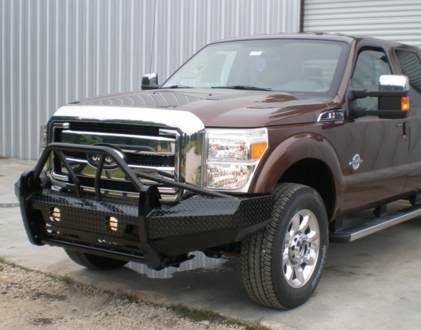 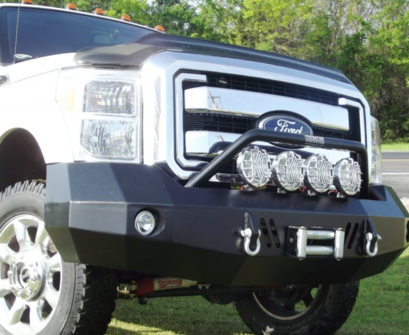 2011-2016 Ford Super Duty
The Apache Bullnose Replacement Bumper is built for the most discriminating truck enthusiast.  It is almost endlessly customizable and serves as a  functional heavy duty replacement for your factory bumper.  The man hours spent constructing the Apache bumper in the Tough Country state of the art machine shop are focused solely on producing a product that can stand the test of time during on and off road abuse. The standard finish is gloss black powdercoat with a primer base coat.
Price: $995
Available Options: (Click here for more information)